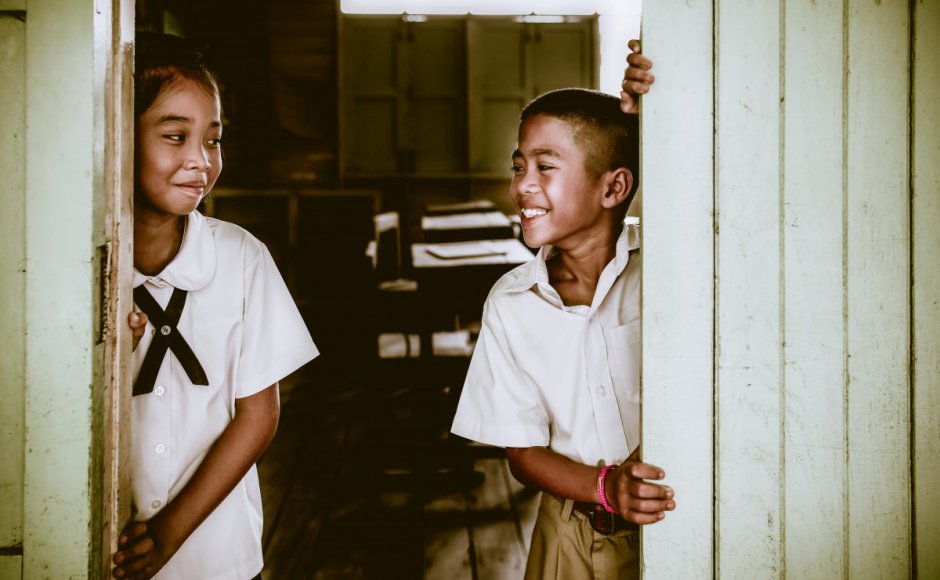 Thailand: Education reforms as elusive as ever

Originally published at AsianCorrespondent.com on 23rd May 2017

LAST week, students across Thailand returned to school for a new academic year, and with it came the prospect of new friends, new teachers and new experiences.

However, one aspect of school life in Thailand will continue to remain unchanged, and that is the outdated and ineffective approach to teaching, learning and assessment.

The failings of the Thai education system have been well documented, with the country consistently ranking poorly in international reports.

In last year’s PISA report, Thailand was left struggling near the bottom of the education rankings, with scores in Mathematics (415), Science (421) and reading (409) well below the median scores of 490 points.

In the most recent Trends in International Mathematics and Science Study (TIMSS), Thailand came some way short of the 500 point median score with 431 points in the mathematics tests and 456 points in the science tests.

The shortcomings of Thailand’s schools system are also highlighted on an annual basis with the publication of results from the country’s national assessment, the O-NETs, in which average students rarely break the 50 percent mark.

O-NET results from the 2016/2017 academic year were as disappointing as ever. Over 380,000 Grade 12 students sat for the assessments, with the average student failing four of the five exams. The mean scores for Mathematics (24 percent) and English (27 percent) were shockingly low. Results from Grade Nine students were equally disappointing, with the average scores in all five subjects below 50 percent, once again students fared worse in Mathematics (29 percent) and English (31 percent).

Results from Grade Nine students were equally disappointing, with the average scores in all five subjects below 50 percent, once again students fared worse in Mathematics (29 percent) and English (31 percent).

When the National Council for Peace and Order (NCPO) came to power in 2014, they pledged to root out corruption and reform Thailand’s failing social institutions, among which the country’s education system was a clear priority. In a National Institute of Development Administration (NIDA) poll the following year, the education system was singled out as the institution that needed the most urgent reform.

The belief Thailand’s education system is outdated has led to a surge in demand for international schools.

The failings of Thailand’s education system have also supported the growth of tutor schools and a “shadow education” system, as parents search for ways to ensure their children do not miss out.

Unfortunately, these tutoring schools only favour those students from families who have the funds to provide this support, and this further increases Thailand’s educational inequalities.

In the past, there may have been less political inclination to develop the country’s education system as Thailand positioned itself as a center for low-cost labour and school leavers were guaranteed some form of menial employment.

However, global demand for low cost labour is set to plummet over the coming decade as automation takes over a vast range of occupations, operating more cheaply, and more efficiently than human workers.

Thailand, and other countries in the Asean Economic Community which rely on low cost labour, will be some of the hardest hit by the next industrial revolution, with millions of jobs in the textile industry and the automotive industry particularly at risk.

SEE ALSO: Is Southeast Asia ready for the robotics revolution?

Unless Thailand’s education system is radically reformed, with a focus on skills relevant to the 21st century, the country’s poorly educated school leavers will soon face a future where they are both unemployed and unemployable. This scale of mass unemployment will obviously have huge economic and social repercussions.

Any meaningful reforms will require Thailand to follow the example of governments in Europe, the Americas and much of Asia, which have restructured their national education systems and decentralised control.

Decentralising the education system with give regional authorities the power to implement modern 21st century initiatives and adapt teaching and learning to meet the needs of their students. Transferring decision-making authority closer to the teachers and learners will also increase accountability, which often results in improved efficiency and improvements in academic attainment.

The findings of a recent OECD report highlighted the problems of Thailand’s O-NET examinations which include a lack of collaboration between those who write the questions for the O-NETs and the authorities which developed Thailand’s curriculum. This creates a situation where the country’s national assessments are not accurately aligned with the country’s national curriculum and after 12 years of education, high school graduates are assessed with an exam that often differs from what they’ve actually been studying in school.

Of even greater concern was an argument put forward by the OECD report that the O-NET multiple choice exams, which focus on the reproduction of factual knowledge, were in fact having a detrimental impact on the entire education system.

Under pressure from parents and school leaders, high school teachers are often encouraged to focus on skills that would help students score well in these high stakes examinations. This creates a “backwash” effect where more advanced skills, such as the ability to research and write critical essays, may not be taught comprehensively because students will never be tested on them.

As the next industrial revolution beckons, workers need to be as unlike a robot as possible, otherwise they will simply be replaced by automated technology.

Today’s learners have to become proficient with technology and acquire the 21st century skills such as critical thinking, problem solving and collaboration. Unfortunately, these are exactly the skills that Thailand’s education system has been criticised for failing to foster for years.

The education reforms promised by the kingdom’s successive governments are now needed more urgently than ever and the current administration would do well to prioritise these. Failure to adequately prepare school leavers with skills relevant to the 21st century workplace will have dire economic and social consequences for the entire country.