How China Mastered the art of Academic Censorship

China’s restrictions on freedom of speech are well documented, with the Communist Party of China (CPC) in Beijing actively monitoring news reports, documentaries, websites, social media, books, comics, television shows, movies and music for anything that criticises the ruling party, or is otherwise seen as being detrimental to the stability of the Chinese state.

Academic papers by university professors are also rigorously monitored, and anything critical of how the country is run is immediately suppressed.

Until recently, Beijing focused primarily on censoring the academic findings of Chinese universities, but in the past few years Beijing has expanded its ambitions and is now successfully muffling the academic output of leading universities worldwide.

China’s determination to quieten criticism has increased since 2012, when Xi Jinping was appointed leader of the Communist Party. Since becoming president, censorship of media, detention of activists, the silencing of internet critics and control over higher education has significantly increased. New restrictions have been introduced which are effectively stopping universities teaching and conducting research on any topics which could question the Communist Party’s governance.

In 2016, President Xi Jinping made his expectations of the country’s higher education institutions  very clear, proclaiming that universities should “serve the Communist Party in its management of the country” and become “strongholds of the party’s leadership”. The president also warned against Western influences which aim to disrupt China’s stability.

University professors in China who criticise the state apparatus or tackle sensitive issues are dealt with quickly and severely. Earlier this year, law professor Xu Zhangrun was suspended from Tsinghua University following his critique of President Xi’s “new era”. Also this year, Benny Tai, a law professor at Hong Kong University, was sentenced to 16 months in prison for his role in the 2014 Umbrella movement. 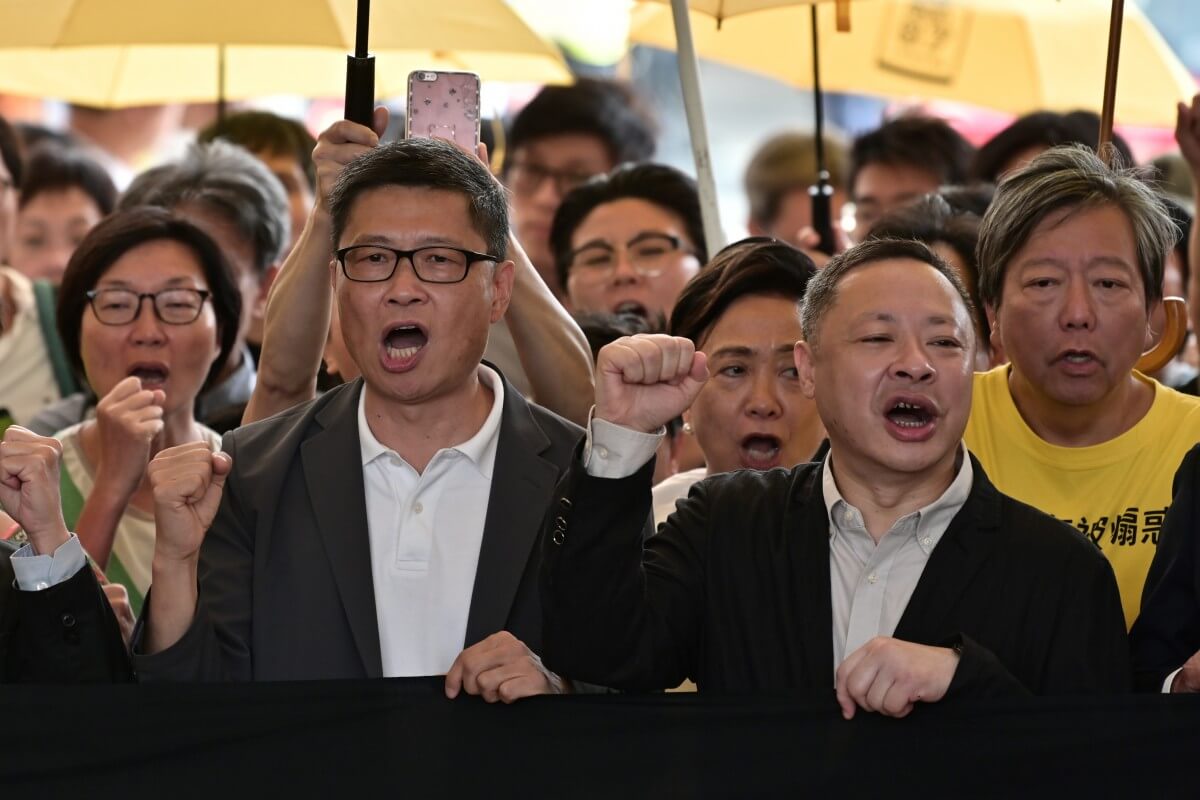 To avoid similar fates, most Chinese university professors self-censor, avoid engaging in critical research and steer clear of making statements that could result in them being chastised by Beijing.

For the Commnist Party of China, the most divisive issues are the three Ts; Taiwan, Tibet and Tiananmen. Due to strict censorship and social pressure, these topics are rarely discussed publicly in China and are also avoided during private conversations.

Western researchers and universities that tackle China’s ‘divisive issues’ are being targeted by China’s ruling party, where substantial pressure is being applied to individuals and institutions in an attempt to limit their criticism.

Academic censorship in China is a global issue

A recent article in The Times highlighted the pressure Beijing is placing on British professors and researchers. According to the article, the Communist Party was actively revoking the visas of researchers who were critical of Chinese leadership and the CPC.

It was also revealed that some researchers working in the UK have been contacted by officials from the Chinese embassy in London with offers of funding, as well as access to data, records and government personnel in return for academic output that would be favourable to China’s international reputation. As Steve Tsang, Director of the School of the Oriental Studies China Institute at the University of London, explains, “There are real issues in terms of the Chinese Government interfering with academic life in the UK.”

In North America, the pressures exerted by Beijing have led to an epidemic of self-censorship at American universities, which is stifling debate and driving researchers away from topics likely to offend the Chinese leadership.

In March 2015, David Shambaugh, a political science professor at George Washington University, published an article in The Wall Street Journal arguing that “the endgame of Chinese communist rule has now begun” and that the end of Communist rule in China “is likely to be protracted, messy and violent.” After the article came out, Shambaugh faced reprisals from Beijing, losing access to Chinese scholars, analysts and officials.

Looking to avoid a similar fate, other researchers in the US are treading lightly, as one professor from Claremont McKennaexplained, “You don’t want to go out on a limb,” adding, “I would not willfully do anything that would endanger my ability to get a visa to China in the future.”

Fear and loathing in higher education

Not content with targeting individual researchers, China also pressures higher education institutions to ‘toe the line’ and failure to bend to Beijing’s will can result in serious financial repercussions.

Chinese students now spend hundreds of millions of dollars attending universities in Europe and North America. In the United States, there are over 350,000 students and many of the country’s universities have come to depend on Chinese students to boost enrolment and balance budgets.

Furthermore, many of these Chinese students receive some level of state support for their education overseas (According to the US Department of Education, the Chinese Ministry of Education provided more than $17 million to US universities between 2010 to 2017), enabling China to directly influence which foreign universities its citizens attend.https://platform.twitter.com/embed/index.html?creatorScreenName=GarODonnell&dnt=false&embedId=twitter-widget-0&frame=false&hideCard=false&hideThread=false&id=1037554365924560896&lang=en&origin=https%3A%2F%2Fwww.studyinternational.com%2Fnews%2Facademic-censorship-china-global-issue%2F&theme=light&widgetsVersion=ed20a2b%3A1601588405575&width=550px

In 2017, the University of California invited the Dalai Lamato speak at its commencement ceremony. Shortly after, Beijing froze funding to Chinese scholars wishing to attend the school. Other institutions looking to avoid a similar fate are now weary of doing anything to upset China.

In recent years, a number of the Dalai Lama’s appearances have been cancelled, due largely to pressure from China. As one senior academic explained in The Times, “The political climate has changed and we’re all aware of what it means to give a lecture on Tibet today compared with 10 years ago. If you were to give one today, you would be feeling more cautious.”

Given China’s growing political, economic, scientific and social influence, it is seems that Beijing’s ability to influence western universities and individual researchers is set to continue, something that is ultimately detrimental to the integrity of the global higher education community.